Read the following text and answer the questions number 1-7

I remember the day when I first got Kutkut, my 7 year old cat. I wanted to name her because she was so cute. My older sister Karina convinced me to name her Kutkut lucu instead, so we could call her Kutkut for short. I was so fond of to Kutkut. Every time I saw her, I couldn’t walk away; I would just have to hug her. I even slept at the end of my bed, so I can hug her the whole night even though I was freezing.

I always remember so many fun times with Kutkut . Like when we would run and jump off the end of our jetty, and Kutkut would chase after us. When I was scared or mad, I would just hug Kutkut and everything wouldn’t be so bad.

One night, right before I went to bed, my mom let her out. While I went to sleep, my mom went to call Kutkut back in. But she didn’t come in, so I thought she maybe went inside my neighbor’s house. As my mom and dad went outside to look for Kutkut , I became really worried. They couldn’t find her. Every ten minutes they would go out to look for her, so I went to bed hoping she was safe. I just thought she got lost and would come back tomorrow.

The next day was the worst. My mom woke us early and told me and my sister, Karina, that Kutkut died last night. I was so sad and did not want to do anything that day. When I was going to school, I could not stop crying. At school all my friends made me cards and tried to make me stop crying, but I couldn’t. My teacher would always look at me and ask why I was crying. Even my friend was crying with me.

When I got home I went to my room crying really loudly. I wanted to scream. I came downstairs and hugged my mom. She said we could get another cat. Then, she was trying to find a new cat on the internet. But I did not want another cat. I want Kutkut . She never found one that looked like Kutkut or at the same age or even in the same kind.

That night I slept with my mom and we prayed for Kutkut . I kept thinking she was a ghost at the end of the bed, so I stayed closed to my mom. The next day I figured out that if Kutkut was a ghost, she would not scare me or haunt me. She would be waiting for me to play with her.

I still think about Kutkut every day and wish she could come back.

Penjelasan: The personal pronoun 'I' of first person in " I remember ...." To retell something that happened as events or to retell the purpose of informing or entertaining.

A. the writer slept with her mom
B. looking for Sandy
C. the lost of beloved cat ✓
D. the careless of the writer’s mom
E. Kutkut’s dead

A. the cat played with another cat
B. the thief took the cat
C. the writer’s mom let the cat out one night ✓
D. the neighbor kept the cat in his/her house
E. someone took the cat to the remote area

4. What did the writer’s mom do to support the writer?

A. She slept with the writer.
B. She supported to the policeman.
C. She was trying to find a new cat on the internet. ✓
D. She gave the writer money.
E. She bought a new cat.

Penjelasan: Clearly stated in lexical choice 'tell', 'past event'. Social function is to retell something that happened as events or to retell the purpose of informing or entertaining.

I recently visited Singapore with my parents. We visited many interesting places. The one I enjoyed best was the Wildlife Park Jurong bird. 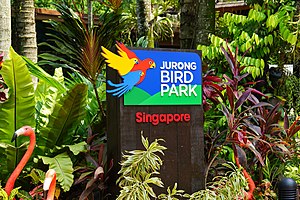 The Wildlife Park has a lot different animals and birds. There are over 600 animals, including penguin and Orang Utan. They are kept in their natural surroundings. I much preferred the Wildlife Park to a zoo where a lot of animals are in cages.

We were able to walk along the Orang Utan. We were even allowed to touch them and to feed them. It was very exciting to be very so close to them.

We saw huge snake. They looked much untamed. I got my photograph taken with one of them. It is a wonderful souvenir of my holiday in Singapore.

We also went to see the crocodiles. The Wildlife Park has a lot of fresh-water and salt-water crocodiles. Some of them were very big and scary with huge teeth. I did not get very close to them.

We also visited the aviary. There were some very colorful birds there. I really liked an old parrot which could talk. I wish we could have spent more time in the Wildlife Park. There was so much to see.

9. The steps that the writer is using in writing the text is ....

10. "They looked much untamed"
The word antonym of the underlined word is ....

Penjelasan: Find the opposite word of untamed. Consult the dictionary. The antonym of untamed is tame.

DEFINITION:
Recount texts tell a series of events and assess their significance in some ways. There is no impediment among the participants and that differentiates from narratives.
Social function is to retell something that happened as events or to retell the purpose of informing or entertaining.

Orientation refers to Introducing the participant (who) provides the setting place or sets the scene (where), time (when) and state (what), it uses first person point of view.
Events refers to describing a series of event which happened in other word it means sequence of events in the order in which they happened. This a record of events usually recounted in chronological order; personal comments and/or evaluative remarks, which are interspersed throughout the record of events;
Events refers to stating the writer’s personal note, it is the ending of the story containing the writer’s comment. In other words, it is a final personal comment or reflection

Notch words capture reader’s interest
May use the first person or using personal participant; I
Most often in the past tense, but may be in the instantaneous present for effect or using action verb such as moved, left, walked, made, etc
Contrast sentences length: simple, compound or complex
Short sentences increase tension; longer sentences provide contrast and detail
Time words connect events or chronological connectives; (e.g. As soon as….; Eventually…; Then…; A few moments later, and, suddenly…)
Noun groups describe people and places (e.g. the noisy children playing in the park)
May include reported or direct speech (He said …….)

Mr. NotoWiharjo’s family was on vacation. They are Mr. and Mrs. Noto Wiharjo with two daughters. They went to London. They saw their travel agent and booked their tickets. They went to the British Embassy to get visas to enter Britain. They had booked fourteen days tour. This includes travel and accommodation. They also included tours around London. 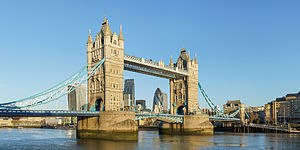 They boarded a large Boeing flight. The flight was nearly fourteen hours. On the plane the cabin crews were very friendly. They gave them news paper and magazine to read. They gave them food and drink. There was a film for their entertainment. They had a very pleasant flight. They slept part of the way.
On arrival at Heathrow Airport, they had to go to Customs and Immigration. The officers were pleasant. They checked the document carefully but their manners were very polite. Mr. Noto Wiharjo and his family collected their bags and went to London Welcome Desk. They arranged the transfer to a hotel.
The hotel was a well-known four-star hotel. The room had perfect view of the park. The room had its own bathroom and toilet. Instead of keys for the room, they inserted a key-card to open the door. On the third floor, there was a restaurant serving Asian and European food. They had variety of food. The two week in London went by fast. At the end of the 14-day, they were quite tired but they felt very happy...
Saya adalah admin dari Instagram @memekoplak.hqq. Disini saya membuat blog untuk Fansub anime (MKH Fansub) dan Pembahasan anime (MKH Anime). Jadi jika kalian penasaran dengan meme saya, langsung cek …