Read the following text and answer the questions provided below. 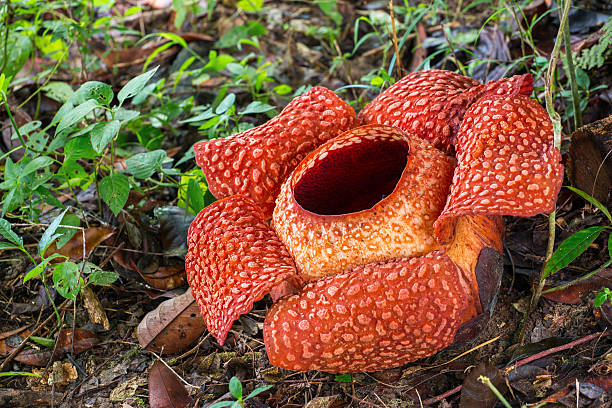 The Rafflesia Arnoldi is the biggest flower in the world. It is unusual because of its large size. The flower is almost 100 centimeters in diameter and 140 centimeters in height.

"Rafflesia" is derived from the name of the British Governor General, Sir Thomas Stamford Raffles, who once governed and built the Botanical Garden in Bogor. Though it is called Rafflesia after Raffles, the man who discovered the plant was Beccary, an Italian botanist who visited Sumatra in 1928.
Rafflesia consists of two parts: the stick-like part which grows in the middle and the petals around and below it.

While the flower is blossoming, it has a very unpleasant smell which affects insects, especially green flies. They seem eager to explore the flower. But if the flies touch the bottom part of the stick like centre, they die.
Rafflesia can be found in the forests of Malaysia, Southern Thailand, Sumatra and Java. But, Rafflesia flowers are fairly hard to locate. It is especially difficult to see them in bloom. Its buds take up to 10 months to develop while its blossom lasts for just a few days.
Rafflesia has brownish, scale like leaves and fleshy, smelling flowers of various sizes, from few inches to meter big in diameter. We usually noticeits large fleshy flowers. There is a deep well in the centre of the flowers. The sexual organs are located beneath the rim of the disk. Male and female flowers are separate.
The reddish brown colors of the petals, sprinkled with white freckles produce unpleasant stench, similar to rotting flesh. This would attract flies and insects which help disperse the seeds. Rafflesia isparasite, which means it takes the nutrient out of itshost.
Question number 1 to 5 is based on the following text.
1. The title of the text is ...
A. Rafflesia Arnoldi ✓
B. Italian Botanist
C. Stamford Raffles
D. Botanical Garden
E. Bunga Bangkai

2. The identification of the text can be found in ....

3. Which statement is correct based on the text?

4. Rafflesia Arnoldi is unusual because of its.... size.

A. Stamford Raffles and Beccary
B. the petal
C. the green flies ✓
D. the parts of rafflesia
E. the flower
6. The text mainly describes… of Rafflesia
A. the location
B. the petals
C. the sexual organs
D. physical look ✓
7.  It is hard to find Rafflesia because of its…
A. location.
B. short life. ✓
C. large size.
D. smell.

8. What is the unpleasant smell for?
A. People repellent
B. Attracting insects ✓
C. Attractinghost
D. Protection

Read the following text and answer the questions provided below. 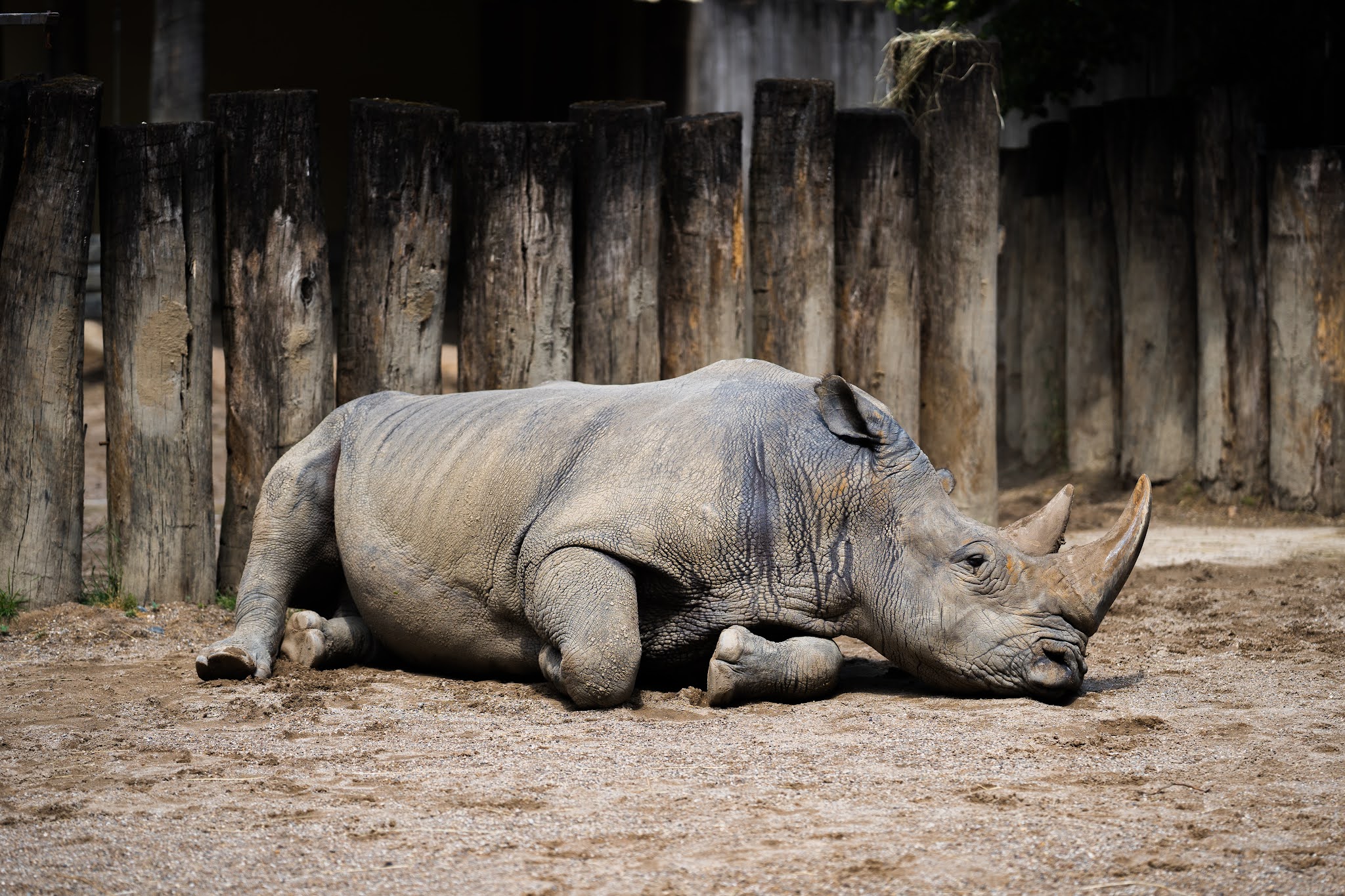 Javan rhinoceros is one kind of the rare rhinoceroses in the world. It is comparatively small and slender. It's about 1.7 meters high. Males have a single horn up to 10 inches in length. Females are usually hornless. Like other kinds of rhinoceros, javan rhinoceros eats grass and spends most time in water.

Formerly the Javan rhinoceros lived in Myanmar, Indocina, the Malay Peninsula, Java, and Sumatra. It's now relatively scarce. People hunted them for their horns. We only find them in Ujungkulon, West Java now.
In West Java there is a special place for animal called Ujung Kulon. Among the animals in Ujung Kulon are the big rhinos which people sometimes call “Badak Jawa” . Other people call the one-horn rhinos from Java. This kind of rhino is rare in Indonesia as well as in the world.

Lets take a look at one of them. It is about 3.5 meters long and weighs about 3.500 kilograms. Thick pieces of very hard skin cover its body. It has a short neck, which is why it is difficult for a rhino to turn its head to either side. It therefore has to turn its whole body. A rhino has very small eyes and does not see very well. Instead, its hearing and sense of smell are good. It has a short, hard horn above its nose which it use as a weapon.

12. Based on the text, which one of the following statements is correct?

A. having no horn ✓
B. having many horns
C. having only one horn
D. having upside horn
E. having two horns

14. It is comparatively small and slender. What is the synonym of the underlined word "slender"?

17. what does the fourth paragraph tell us about?
A. Rhino’s body ✓
B. Rhino’s Description
C. Rhino’s life
D. Rhino’s sense

18. Instead, its hearing and sense of smell are good. The underlined word means...
A. On the contrary ✓
B. Although
C. Though
D. Than

19. The statement below is correct, except?
A. The small rhinos which people sometimes call “Badak jawa” ✓
B. A rhino has very small eyes and does not see very well
C. It has a tall hard horn above its nose.
D. This kind of rhino is full in Indonesia as well as In the world.
20. A mobile phone or cellular telephone (abbreviated as handphone) or handphone (abbreviated as HP) is an electronic telecommunication device that has the same basic capabilities as conventional fixed line Juhdan, but can be carried anywhere and does not need to be connected to the telephone network using cables. 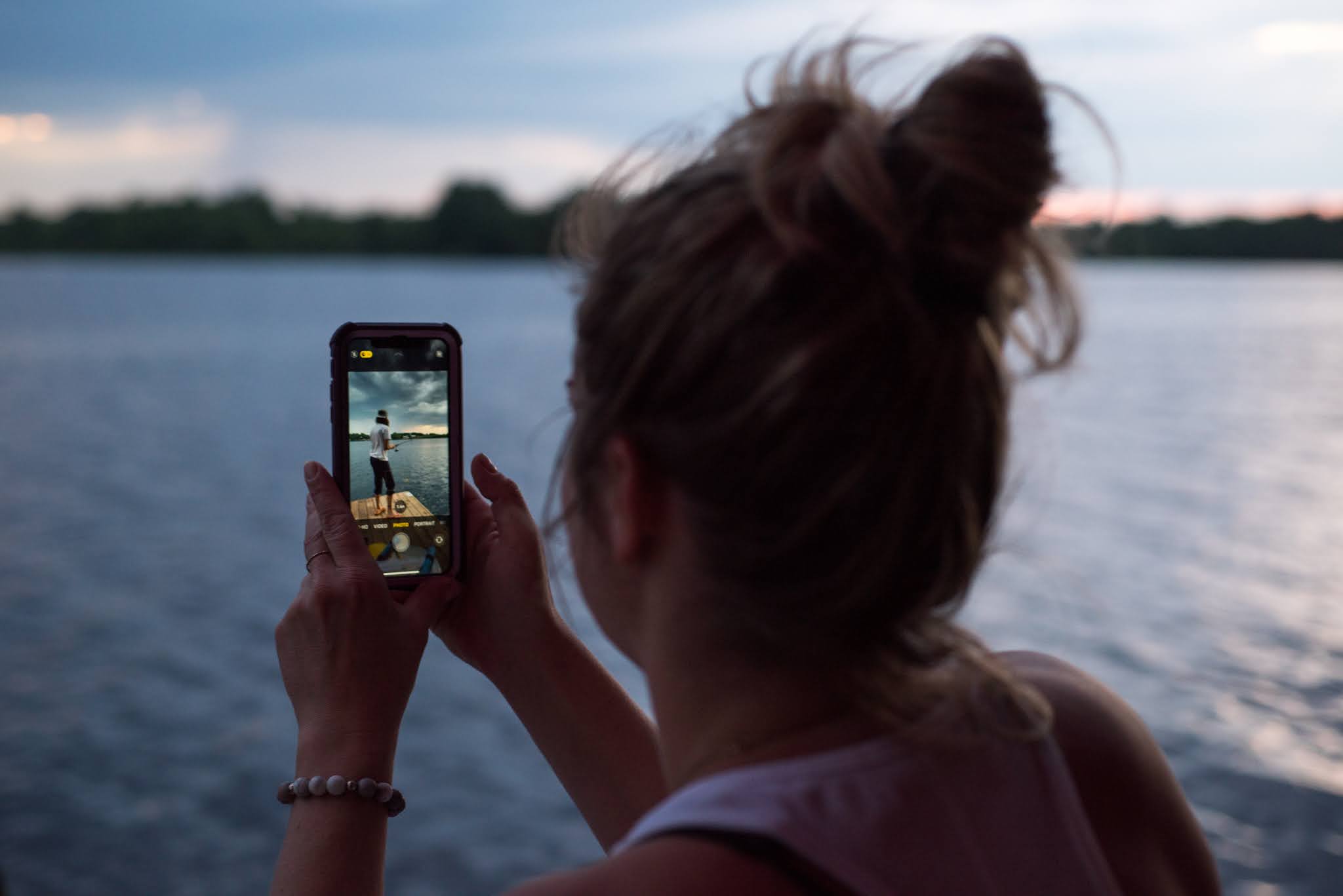